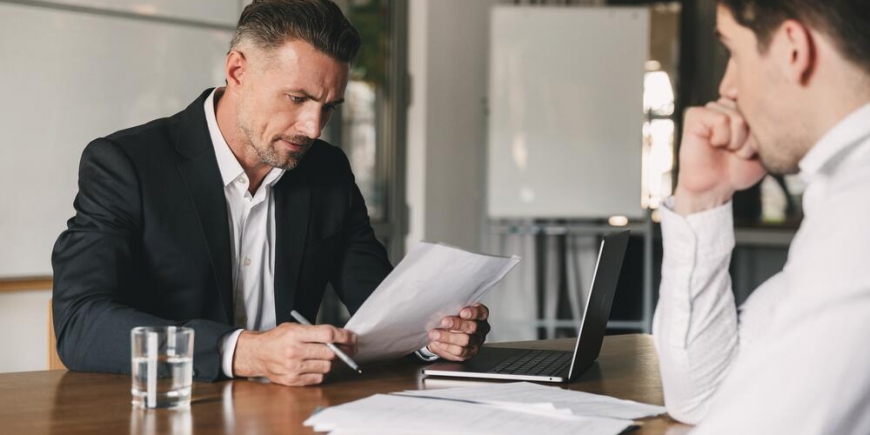 The job of a recruiter is primarily about constant interactions with people. Clients, candidates, hiring managers. The multitude of people we work with makes our work difficult, satisfying, interesting and, above all, unpredictable. One day we may grind our teeth, but a moment later a smile appears on our faces and sometimes we even burst out laughing. In order to clearly illustrate why, in this post I have gathered the experiences of my colleagues. They are a great source of inspiration, knowledge and entertainment. The following is a series of unusual cases involving candidates that recruiters have dealt with.

As recruiters, we interview a huge number of candidates every day. Each of them is human, may have a weaker day or a worse mood. Unfortunately, when working with people, you can often accidentally “get hit”. Here are some interesting examples from the life of recruiters who had to deal with a “difficult” candidate. 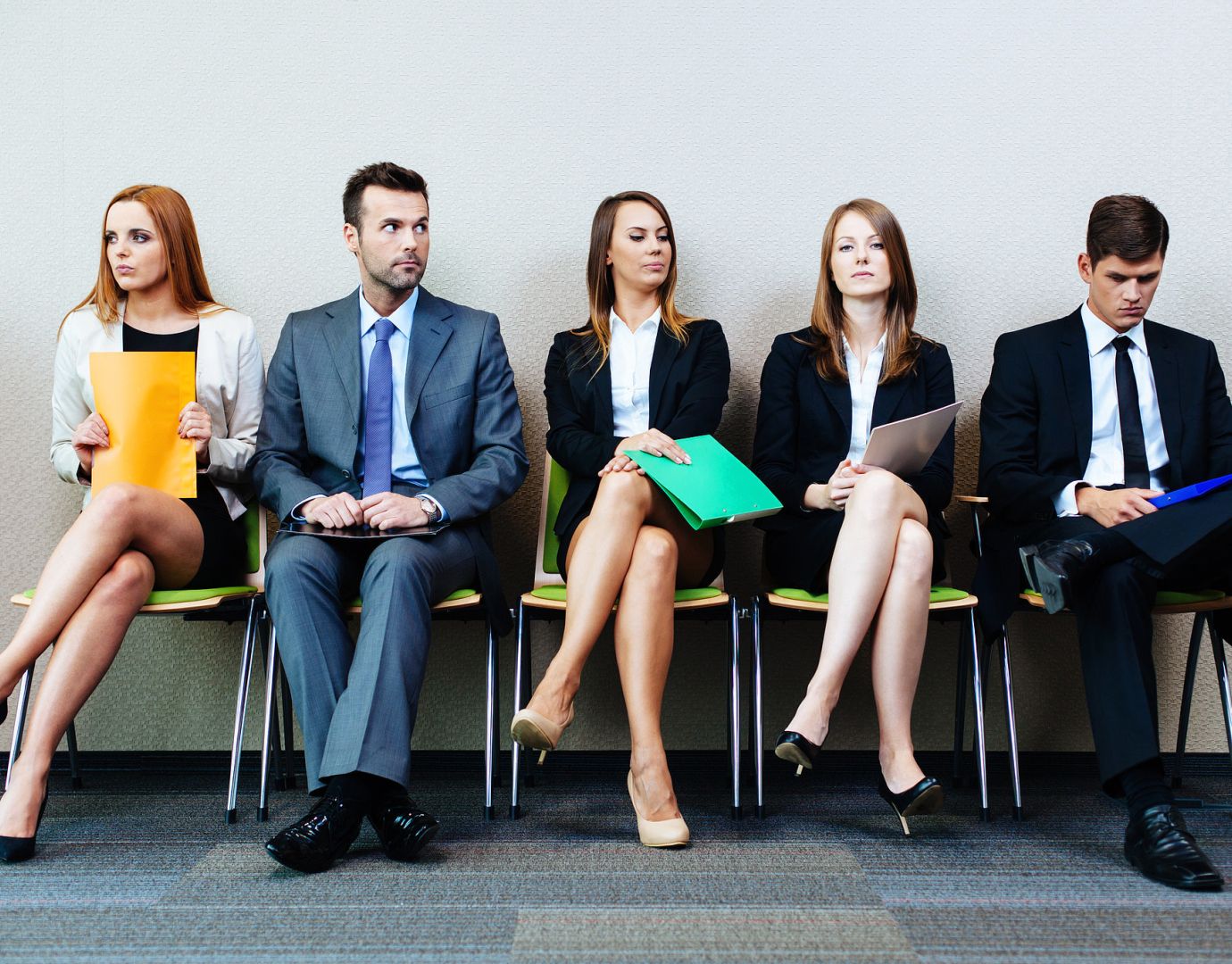 It would seem that a person who asks for a contact about a job should care about making a good impression. Unfortunately, not always. Paulina, who worked in the recruitment, experienced this and sent a message about the current vacancies in her company to a candidate she met at a job fair. Imagine her surprise when, instead of “thank you for the call”, she heard a short “get lost” (really!). It only remains to hope that the candidate has mistaken her for someone.

Justyna, who works in IT recruitment on a daily basis, has faced difficult situations many times. “Until now, I remember a phone conversation with a candidate for the role of Senior Java Developer for an IT company. He did not answer the call from Hiring Manager due to the fact that he looked at his LinkedIn profile and stated that he did not want to work for someone who has less experience than him and has been in the same company for 5 years.”

Some candidates also have rather non-obvious expectations. One of them, after long phone calls regarding the role, remuneration, benefits, after going through all stages of the recruitment, stated that “he does not like the view from the office and gives up”.

It seems that the requirements of IT candidates will never cease to surprise us.

Sometimes it also happens that the candidate’s decision is influenced by quite important, although previously overlooked details. One of the candidates I ran through a long and really difficult recruitment process finally received a job offer. However, he did not accept it because he forgot that his child had changed the kindergarten to a new one, which was unfortunately on the other side of the city, which would have made it very difficult for him to get to the office. His wife reminded him about the change of kindergarten.

Looking for a job or other half?

Is recruiting like dating? Unfortunately, sometimes applicants think that a nice recruiter is open to “more” than just job interviews. We encounter the real scourge of such reasoning when working on projects involving junior roles.

Jagoda, one of Talent Place’s recruits, has recently found herself in a similar situation: “I was once answered by two particularly intriguing candidates for a job for a junior position with French. One of them started the conversation very specifically, he immediately asked if I would like to marry him. The candidate’s motivation was, as you can guess, receiving a visa, and after “rejected proposals” he asked if I would at least pick him up from the airport.

“The second gentleman had a different tactic. During the conversation, he actively and with interest asked for the details of the offer, but it soon turned out that his knowledge of the English language was insufficient. Unfortunately, I could not continue the trial, but the gentleman had a different idea. He asked if I would help him get a visa, and in return – you guessed it – I would get a wonderful husband! Unfortunately, I had to decline again!”

An interesting situation also happened to Magdalena, who in response to a message sent to a potential candidate received a reply from his girlfriend! Interestingly, his chosen one tried to convince our recruiter that he was not a good candidate for the job. She also stated quite firmly that she would not allow him to move to Poland and work here. I wonder what he did.

How to dress for an interview? This question is certainly asked by the candidates going to the company meeting. Sometimes, due to the specificity of the position or the culture of the organization, this topic should be rethought in order not to overdo it with too formal or too loose clothes. Will it be always an elegant suit?

In the IT world, the strictly business image is being abandoned more and more. One of the first programmers I worked with showed up at the interview wearing a T-shirt depicting the meme “bear”. He completed the outfit with Hawaiian shorts and flip-flops. As you probably guessed, the meeting took place in Poland, not on the Hawaiian island.

Another time, a rather peculiar candidate appeared at an interview at one of the recruitment agencies in Krakow. Not only was he wearing a t-shirt with his own likeness on it, but when asked about tea, he said he had enough drugs for today. I was also pleased to welcome two candidates who decided to wear evening and wedding dresses for recruitment meetings. Perhaps we should begin to define the “dress-code” more precisely before the talks?

It turns out that apart from unusual clothes, the candidates also surprise with their behavior during the job interview. An unusual job interview with a candidate in exceptional circumstances is quoted by Talent Place recruiter, Weronika:

“Once, I had the pleasure of interviewing a candidate who was also serving clients at a kiosk. The traffic must have been quite heavy that day, because now and then I heard “good morning” and “goodbye”. I also found out how much does a crossword puzzle cost”.

I, on the other hand, cannot forget the candidate who worked from home during the telephone conversation with me that day. Unfortunately, he was distracted by the screaming of two small children, the cooking dinner and the renovation carried out by the neighbors. The candidate was concrete and the interview was of a very good level, but I was not convinced that he would be good at scheduling duties working remotely. 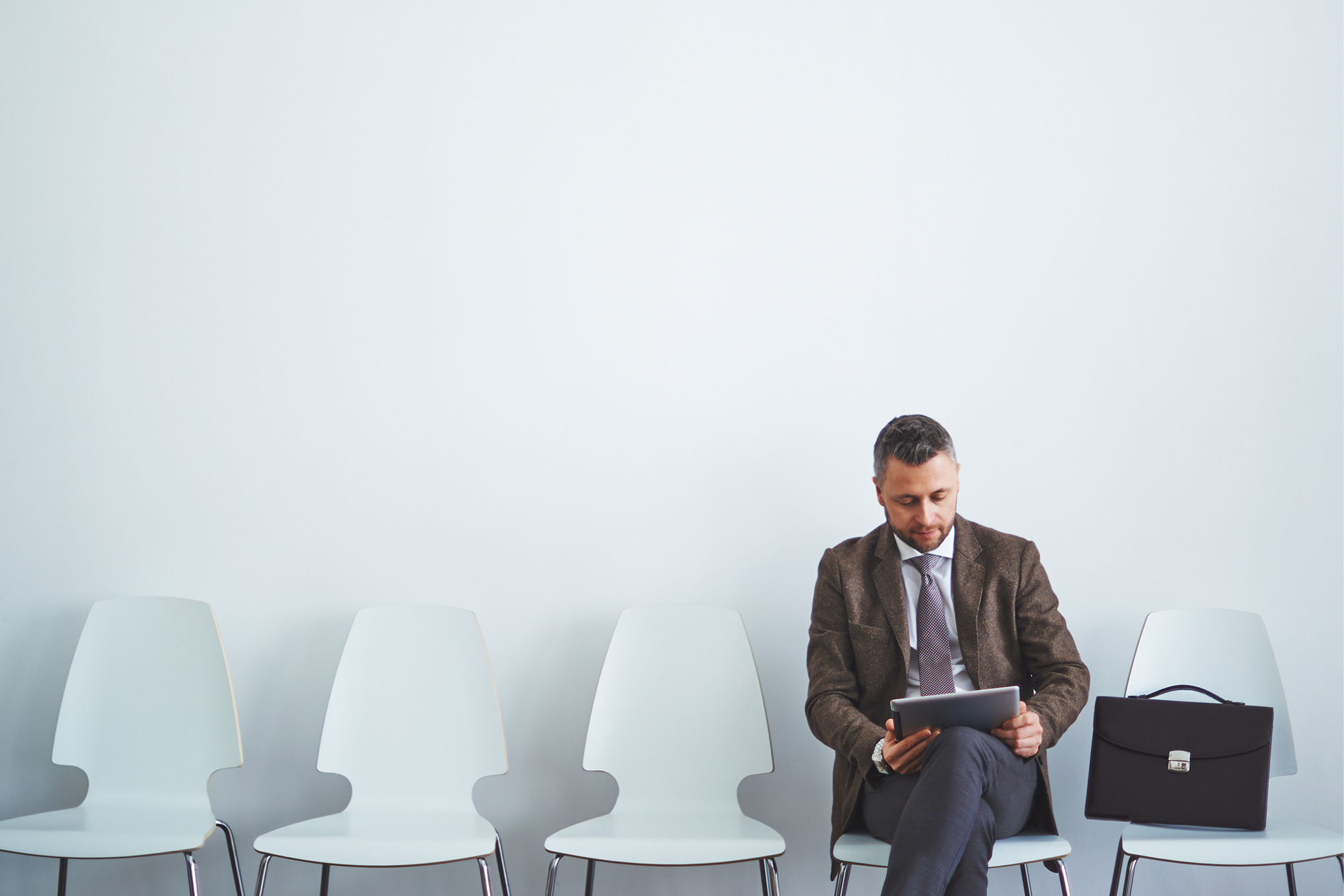 About non-standard CVs can be written not only a separate article, but probably even an entire book. Despite the great ease of access to information on how to create such a document, incredibly bizarre resumes still appear in recruiters’ mailboxes.

The first example is a CV of surprising length. Opinions on whether the CV should fit on one page or be a little longer are divided. I have never insisted on creating page limits on a CV, but in my experience, 20 pages is definitely too much. And just such a CV I received once from a candidate. There was absolutely everything in it, including a detailed schedule of courses during the studies, a history of changes in residence and details of personal life. Despite my sincere intentions, I was unable to read the “book” I received.

In some countries (e.g. USA) adding photos to CVs is prohibited. In Europe, many applicants still attach photos to their CVs, often very interesting. When recruiting for Talent Place, Angelika received, for example, a CV, in which in the photo, apart from the candidate, there was a horse, which must have been her favorite. There was also a curriculum vitae in my inbox, which surprised me with a photo that took up half the page, in which the candidate was talking on the phone in a shirt that was too open.

Magda, Talent Place recruiter can boast of the entire collection of the observed peculiar photos in the CV:

“I got a CV from a candidate who clearly wanted to joke and placed a second photo under her profile picture, with a distorted face of a woman with the caption” no one reads the CV anyway “. Unfortunately for her, she sent me her CV in .doc format. After opening it, the content shifted and the photo that was supposed to go unnoticed showed itself in all its glory. With amusement, I admired the joke of the candidate ”.

However, the pictures do not end there – Magda also mentions such solutions as a CV written by hand, “on my knee” and, more interestingly, sent in the form of a photo of quite crumpled notes. Another candidate, instead of correcting his CV in a file, printed it and made corrections by hand. Finally, he took a photo of the resume and sent it to her.

Regardless of the area in which we recruit, each of us has certainly found ourselves in an interesting, complicated or simply strange situation. The most important thing is to always remember about mutual respect and that recruiters and candidates should be partners who work to achieve the goal together. Funny situations and mishaps certainly happen to both parties. Therefore, soon you can expect a similar post about recruitment bloopers.